What is Track Cycling?

At it's core, track cycling is a competitive sport, built upon the basic principles of power, endurance, speed, skill, and tactics. Racers maneuver single-speed, fixed-gear bicycles around an oval track, known as a velodrome, with banked corners and only left turns. Track bikes, and as a result track racing, are inevitably tied to the velodromes that host this spectacle. Racers compete in a variety of formats, ranging from individual time-trial events to "mass start" group events. Furthermore, age/experience/sex derived categories take to the track simultaneously to compete on a more level playing field. In the course of a single event, racers will compete in several different races, earning more points the better they perform. Even on a local level, riders will organize to create sponsored teams, which provide financial, social, and training benefits to riders. Riders wear these kits while competing - this often serves as a way to visually distinguish riders within the peloton. (1)

Since 1975, Marymoor Park has provided one of a few venues for track cycling in the Pacific Northwest. The Jerry Baker Memorial Velodrome (JBMV) is a concrete, outdoor velodrome, operated by the Marymoor Velodrome Association. At the steepest, the corners have a 23 degree slope, which among competitive velodromes worldwide is considered a rather gentle slope. At 400 meters in length per lap, the "gentle giant" is also one of the longest/largest tracks in the country. Track cycling can be seen at the track on a weekly basis throughout the spring/summer months, starting in May and lasting well into September, on Mondays, Wednesdays, Thursdays, and Fridays. The track annually hosts weekend events that range from USA Cycling Nationals to locally competitive races. Learn more about the history of the JBM Velodrome. (1) 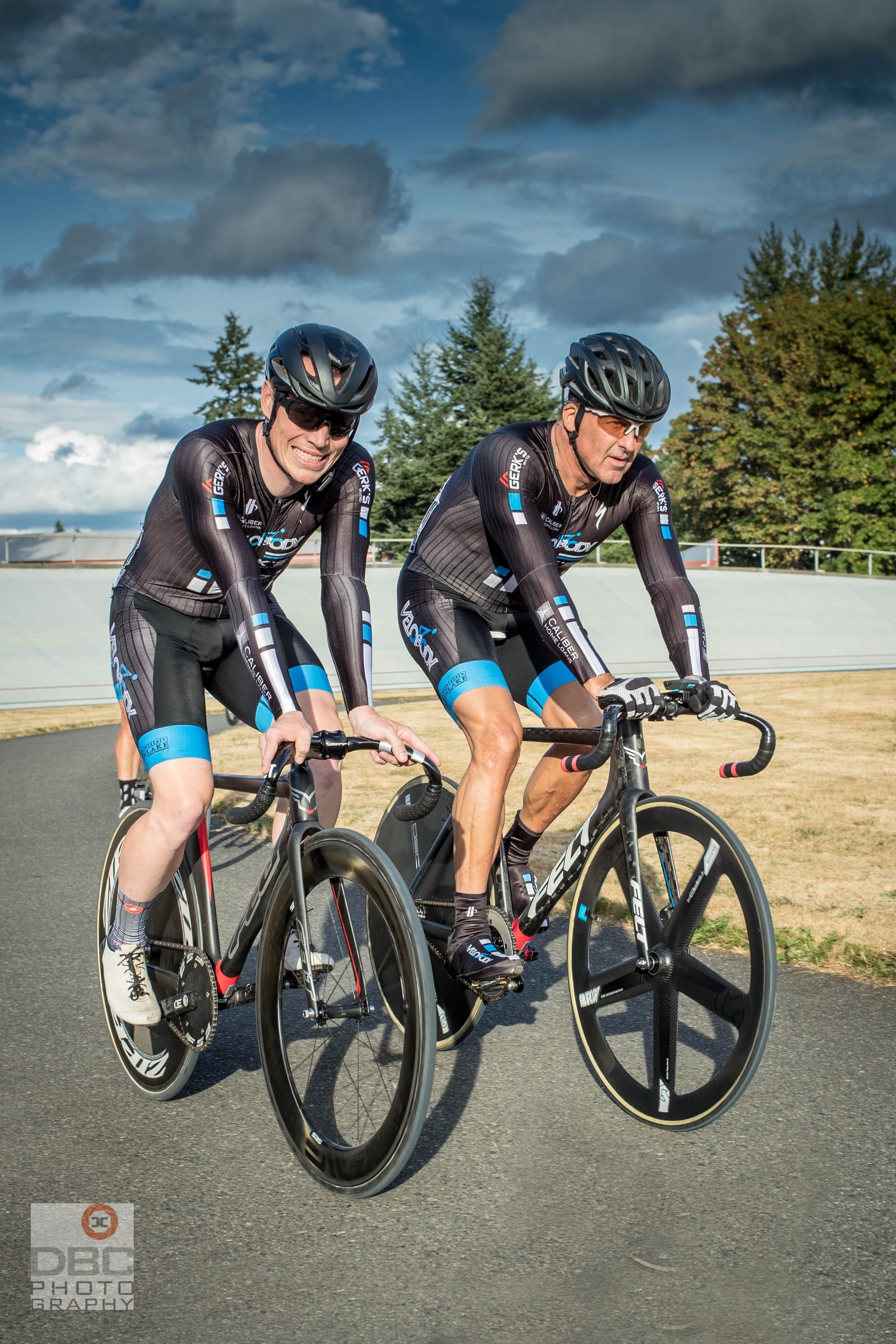