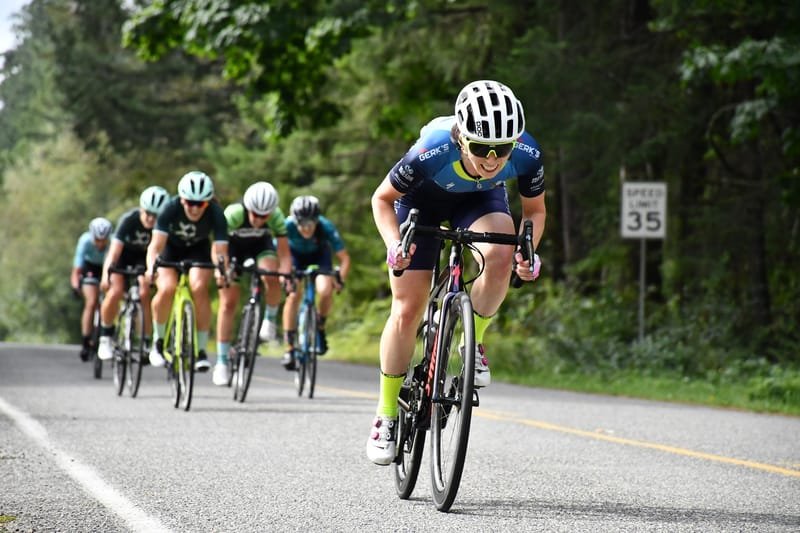 In road racing, there are quite a few different types of races you can do. If you’re new to the sport, you probably want to shoot for a single day event like a time trial, road race, or criterium.

A time trial, also known as a TT, is a race against the clock and can be done individually or as a team. These are great races if you’re not comfortable riding around other folks in a group setting since an individual time trial does not allow for drafting and everyone starts on their own in 30 second to 1 minute intervals. It’s a true test of fitness and pacing.

A road race is typically going to be the longest of the single day races and is considered a mass start race since everyone in a given category starts together. Road races are typically 30 to 60 miles and consist of one, two or three loops. Since drafting is allowed, there are considerably more tactics involved in a road race than a TT.

A criterium is another mass start event, but it involves doing repeated laps over a short course, usually a mile or less, for a pre-determined amount of time or distance. Criteriums also allow drafting and also tend to be pretty fast since they are shorter races. (1)